Will Valve’s Steam Deck be available in the Philippines?

I wonder when will they include PH for those steam decks..

Check if the Valve Index is available in the Philippines. If so, then it probably will be available there down the line.

Philuu said:
Check if the Valve Index is available in the Philippines. If so, then it probably will be available there down the line.
Click to expand...

what's more, I don't think it's officially for sale in this region.
Just via 3rd party shippers.

Hopefully the steamdeck will be more accessible later down the line. fingers crossed.

Next Countries for Steam Deck release Australia and Japan, current order queue allegedly will be fulfilled in this year.
Most liekly somwhere in next year will hit worldwide release.

yeah that's as much as I gathered from reading various articles...
quite a bummer actually.

The mention of Japan is interesting, as it indicates that it may be the most likely country for a Steam Deck release. Japan has no shortage of PC gamers, as evidenced by the popularity of games like League of Legends and Overwatch in the country. However, the Steam platform has only seen moderate success there. Thus, Valve might hope the Steam Deck will strengthen the company’s foothold in Japanese markets.
Click to expand...

@zlyorg also like this chart shown from here in this article, lots of south-east Asian (SEA) countries are very interested in the steam deck vs the switch according to search volume. 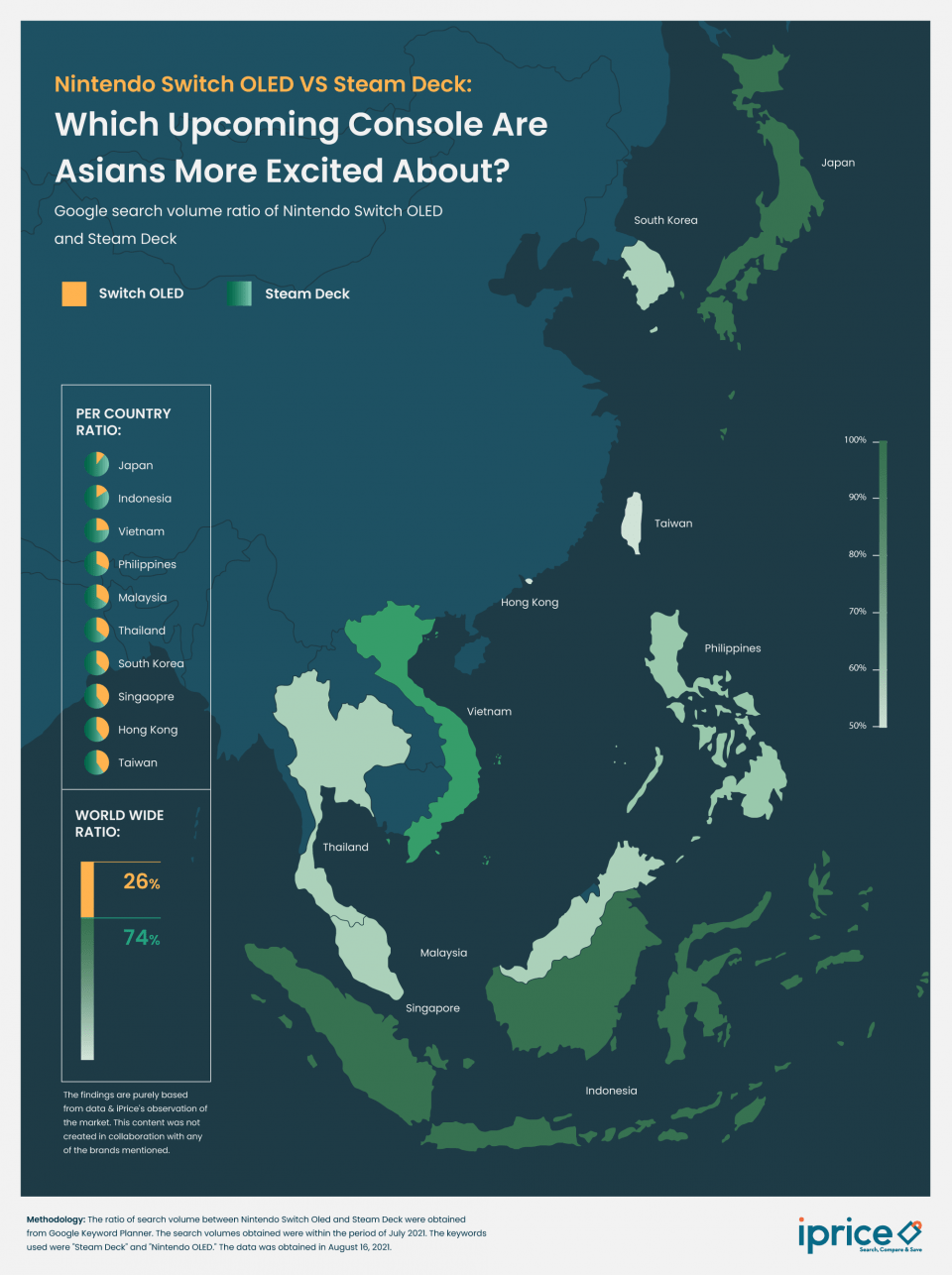