So I get a generic usb c hub dock or go for the jsaux one?

I've heard great things about the jsaux dock. It's nice because it's not only the dock, but also a stand to hold up the device. For the dock portion, I would get a dock from a reputable brand and make sure it supports the power needed by the Steam Deck through PD 2.0. I originally bought this: Dockteck 7-in-1 USB-C Hub Don't buy this. I had two of them break within a month of receiving them.

Because of the bad experience with the no-name dock, I decided to go with an Anker dock. I've owned plenty of things from Anker in the past and I trust them. I've now owned these two docks for a little over two months: Dock with Ethernet and Almost identical, without ethernet. I have had zero issues with either of these.

I have one more thing to say that is pretty important with these docks, jsaux included. Your charger that comes with the Steam Deck is 45W the exact amount the Steam Deck needs to actively charge while playing a game. All three of the docks I tested used some of this power. What this means is, I had my Steam Deck on a dock with it plugged into the charger and eventually, I got the "Battery at 10%, you should charge it" message. You will need a bigger charger to run the dock and the deck. I've been using this: TECKNET 65W PD 3.0 GaN Charger. It is able to charge the deck while docked fine. You might also need Cables that support over 65W.

If you buy a dock that isn't also a Steam Deck stand, then you will want a stand. In my case, this is why I didn't opt for an "all-in-one" solution like the jsaux dock. I paid someone on https://www.reddit.com/r/3Dprintmything/ to print this Steam Deck Wall Mount. That allowed me to mount it behind my TV to get the console like experience. That works for me really well. But, I also bought a stand for travel.

All of this being said, I will probably replace my travel setup for the jsaux dock as it seems to be reviewed well. If you only consider price, the Anker docker is a little more expensive than the jsaux dock. But, with the anker one you need to buy a stand. So, the jsaux seems like a clear winner.

Yeah, I guess the jsaux dock really is the best one at the moment just by its spec sheet.

JSAUX launched a Steam Deck dock in lieu of the official option being delayed with a 5-in-1 design delivering 4K60 HDMI + more at $40.

also, valve hasn't released their dock yet, so...
Alternatives are the option then, if people can't wait...

With Valve's official model still yet to be released
Click to expand... 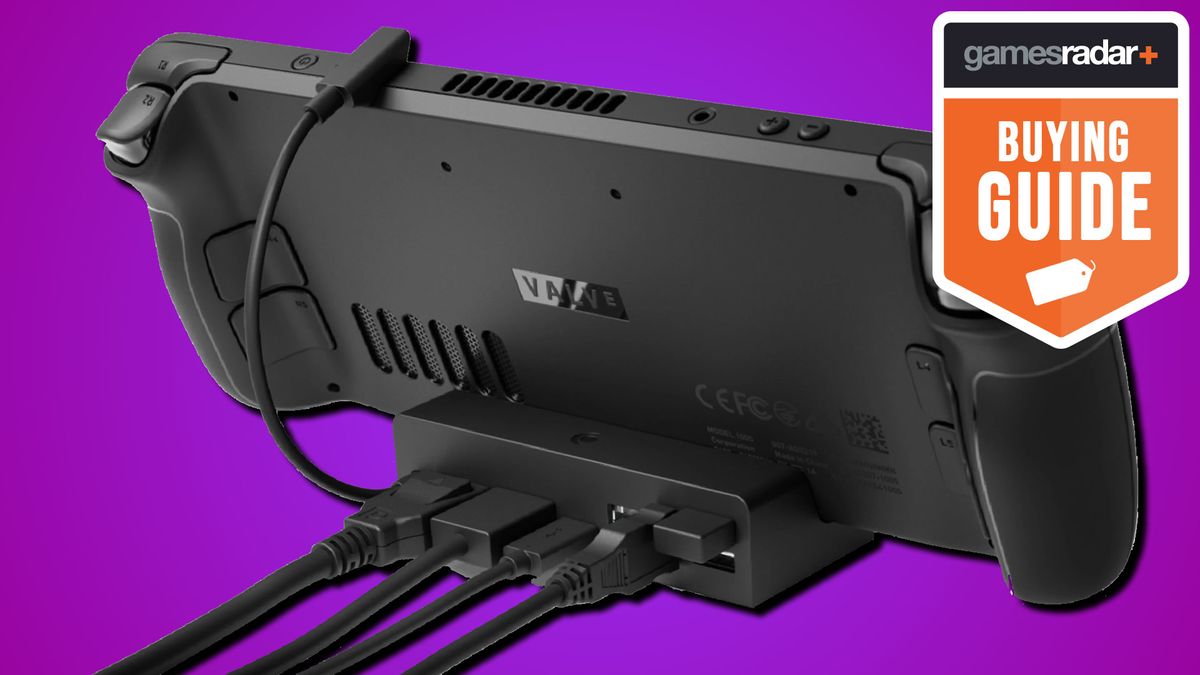 These are the best Steam Deck docks around right now